The rise of exchange traded funds (ETFs) has democratised investing. Now a retail investor like you or me can get global diversification (previously only available to large institutional investors) in a single trade.

In the 26 years since ETFs launched in the US, they have become one of the most popular investment vehicles for both institutions and individuals.

She says the ETF sector has steadily grown over the past six years and retail investors have helped drive the investment vehicle's popularity.

In 2030, ETPs in Australia are expected to have about $600 billion in funds under management, representing 12% of the broad market, according to estimates from researcher Rainmaker Information.

Originally, ETFs were passive investments, designed to mimic an index focused on equities, fixed income or a blend of asset classes. Active ETFs, which aim to outperform their index by engaging the services of a portfolio manager, were only introduced into Australia in 2015.

Both active and smart beta segments have grown at around 70% a year for the past three years, says Rainmaker.

Fund manager Magellan has dominated the active ETP sector in recent years, but other managers are joining the fray. It means Magellan's share of the market is now 57%, down from 83% at the end of June 2017, according to Rainmaker's latest ETP report.

Platinum Asset Management and BetaShares each have more than 10% of market share and four other managers each have around 2%.

Fidelity, another large fund manager, launched its first Australian active ETF, the Fidelity Global Emerging Markets Fund (FEMX), in November 2018. The fund manager says it plans to bring more to market. It's understood there are 12 to 15 active ETFs queued up with a product disclosure statement ready to be lodged.

She says Australian Taxation Office data tells us that portfolios of self-managed super funds (SMSFs) are biased towards domestic listed investments, and this remains a concern.

Of most concern is that the bias can be tied up with investment properties and home ownership inside an SMSF - and it adds a layer of risk to the domestic Australian economy, house prices in particular.

"ETFs enable retail investors to be quite specific about what they want to invest in - and they can get lots of diversification for low fees," says Vincent O'Neill, director, private wealth at financial advice firm Stanford Brown.

Using ETFs, investors can build much better portfolios than those just including banks, hybrids and term deposits - all with high bank exposure. Investors are also fixated on income and franking credits and forget that capital growth is also important, says O'Neill. 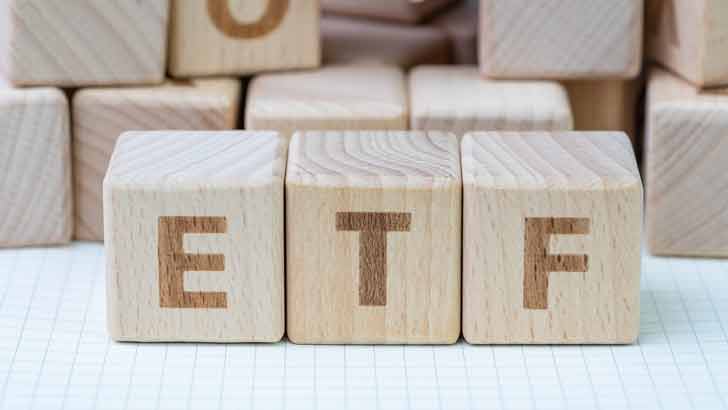 "From an investor perspective, there is no difference to their trading experience on the ASX except now they have a wider range of options to choose from," says Devoy.

"An investor can buy a direct equity share such as CBA [Commonwealth Bank] via their broker, or chose to gain access to CBA via a rules-based or passive ETF or, now, exposure to CBA as part of an actively managed portfolio of Australian shares. The choice is up to them, switching is easy and transaction costs are low."

It's also easier for investors than going through the hoops associated with buying units of actively managed funds, says Devoy.

These can include anti-money-laundering procedures and know-your-client procedures as well as large product disclosure statements (PDS). Trading through your broker account means there is no need for additional administration, which has already been completed when you set up your account.

How to choose active/smart beta ETFs

"Look under the bonnet," says O'Neill. "Understand what's the style and the type of market it will perform in."

Find out who the managers are and the strategy behind the ETF. Maybe it's a bolt on to a strategy that's been around for a while so there is a track record. Find out who the team is that's running it, what their experience is, and whether they are sticking to their core strategy, adds O'Neill.

Both these active funds have shown strong returns but this has not been the case with all active funds. Indeed, some have disappointed, so choose carefully.

While past performance is not an indicator of future performance, investors should be wary of those that have failed to keep up with their stated benchmarks over the longer term. With ETFs that do reflect the strategy of an unlisted fund that's been around for a while, it's relatively easy to research long-term past performance.

Size is also important, says O'Neill. Managers do need to have some scale but it can be a problem if they become too big as this can be an impediment to their ability to outperform, he says.

Make sure any ETF you choose has depth. Some ETFs are thinly traded, meaning they have extremely low liquidity, which can lead to a large spread in the buy/sell price.

Pay attention to the fees, says O'Neill. Fees are the first hurdle you need to overcome to make a profit. "We like those that pay a low ongoing fee but charge a performance fee as this assures an alignment of interest."

As retail investors we no longer have to pay for access to different markets as we did in the past, so the manager must add value to gain a fee, says O'Neill.

MGE is an example of an ETF that charges a performance fee. Magellan charges the same price for the listed MGE as the unlisted Magellan Global Fund: an annual base fee of 1.35%, which is relatively high for an ETF.

It also levies the same performance fee of 10% over the dual hurdles of the MSCI World Total Return Net of Dividends $A Index and the Australian Government 10-year bond yield, subject to a high-water mark.

"The over-arching appeal of active ETFs is that they now afford a broader range of choice for an investor in an easy-to-access-and-manage format," says Devoy. Choosing active ETFs to invest in is a personal question and is partly determined by what's already in your portfolio as well as the investment view you want to express.

"For some, exposure to a single country is appealing, to others that might represent too much volatility risk and so they might chose a regional fund such as emerging markets or Asia."

These are less common and can be identified by the use of "hedge fund" or "managed fund" in their title. They are actively managed and aim to outperform a benchmark or follow an objective.

These ETFs select shares according to certain rules-based factors or non-market capitalisation weighting (for example, value, minimum volatility, size, quality, yield, ethical). One of the largest listed on the ASX is the Vanguard Australian Shares High Yield ETF (VHY).

It provides exposure to companies listed on the ASX that have higher forecast dividends relative to other ASX-listed companies. The management fee is 0.25% and the return for the year to August 2019 is 11.84% (9.18%pa since inception in May 2011).

In late July, the regulator ASIC halted new ASX listings of active ETFs that do not disclose their portfolio holdings daily and have internal market makers.

ASIC is undertaking a review of these products because it's concerned "the profit generated from internal market making is not well understood by investors". It may also lead to conflicts and unequal treatment among different groups of investors if, for example, "an unfavourably low bid price was set for selling members".

The role of the market maker is to facilitate an orderly and liquid market in each fund and to satisfy supply and demand for units on the ASX.

Passive ETFs use external market makers, which can oversee underlying holdings of the ETF portfolio and disclose these
to the market.

An ASIC spokesman says the review into active ETFs is expected to be concluded by the end of the year.

"We remain committed to building on our active ETF platform with additional products as we strongly believe that this is in the best interests of our clients," says Fidelity's Alva Devoy.

"We will continue to work with both the regulator and the industry to understand and address any concerns as we have a shared objective to make sure that the market for financial products and services is operating in the best way possible."

This report was sponsored by Fidelity International but was independently researched and written.

Why investing works best as a long game

By Tui Eruera
It's human nature to want maximum returns in the shortest space of time possible. But a long-term approach can be the key to success.

Can artificial intelligence fill the financial advice gap for investors?