When dividends are not enough: where to invest for higher yield

It's a quandary every retiree faces: how to get a higher yield without taking on too much risk.

Interest rates are in the doldrums and unlikely to budge any time soon while some of the sharemarket's darlings, like Telstra, attractive for its dividend income, have faltered.

"If future earnings are going to go backwards, dividends will always follow that fall in earnings. It's most important you buy stocks with earnings still growing."

Telstra is a classic example, he says.

"Their earnings are going to decline 20-30% over the next few years. That means dividends will be declining as well. They've been quite upfront about it. Dividends have already been cut this year and will be cut further next year."

While many retirees got burnt during the GFC, Philpot says Australian shares are still the best place to look for a stable income return.

"Many people sold out near the bottom of the market in 2009 and 2010, and went into fixed interest investments. At the time, they got very good yields and thought it was great: they had a secure investment, the government guarantee and a return of 7-8%. But interest rates have more than halved since then and they've experienced a massive loss of income.

"The sharemarket back then was yielding about 4%, and it's still yielding about 4%, so if they had stayed the course and had a diversified portfolio with a good portion of it in Australian shares, their income levels would have been far more consistent over this period," he says.

There's no room for shortcuts.

Philpot doesn't like ETFs that match high-yielding shares because "you are capturing a lot of stocks you wouldn't want to own. While their dividends are high now, if earnings fall over the next couple of years, the dividends will suffer."

"The banks are probably the safest areas to look at for a consistent yield. They've had a rough 12-18 months with the Royal Commission but it's quite rare for the banks to go backwards. Generally, a spread between the banks is a pretty safe play," says Philpot.

"They are consistent in what they pay out each year and over a long period of time, they've had earnings growth that's basically in line with the economy."

"Transurban has been a terrific stock for a long period of time in terms of yield and share price, which means, in effect, your dividend is increasing every year. AGL has always paid a fairly good dividend yield. It's a little bit off at the moment but it should bounce back.

"Macquarie Group is also good for yield. It's been a terrific stock for a long time, the dividend is not as high as the Big 4 banks but it's had a 4-5% yield for a long period of time and it continues to grow." Insurers like The Australia Group or QBE also rate a mention.

"QBE has been a dreadful stock for the past five years but there's potentially a turning point. If the insurance market starts to improve, they'll improve their profits again. They've always been a good dividend payer. They've been smashed around in the Royal Commission, so you're buying in at a low point."

Further afield, James Hardie comes up because of the US housing recovery. "

They might not have had such a great run over the past couple of years but if they are starting to turn around in their cycle, they will have better dividends over the next few years," says Philpot.

The old favourites like property trusts and mortgage funds don't rate a mention.

"Listed property trusts are not as good as they used to be and mortgage funds have virtually disappeared. They got into trouble during the GFC. Property funds that were over-geared got blown up as well. The ones that survived are still around today. Their gearing levels are at a much lower rate than they were, which in effect, lowers returns," he says. 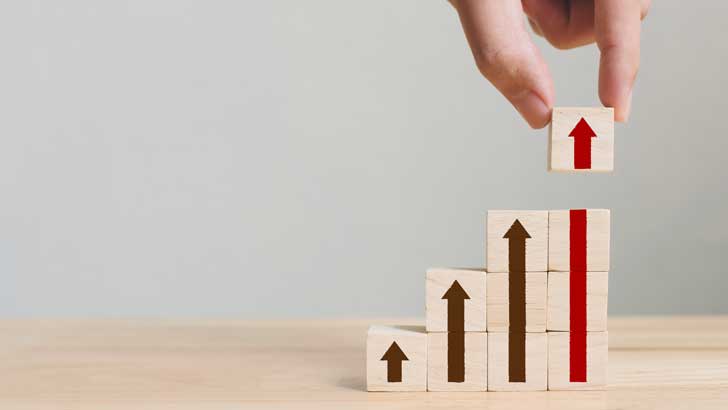 "It's not easy. Those who can will diversify across many types of investment opportunities for both income and growth," says Laura Menschik, a director with WLM Financial.

"Those with a reasonable portfolio have probably seen an adviser and sorted out what they need as far as income and growth goes. But for people with very little who are seeing it eroded, it's a very difficult thing for them," she says.

"Until recently, a lot of people had term deposits rolling over, especially when rates were higher, and were saying 'I can get 6%. Isn't that wonderful?' Now they are lucky to get 2.5%."

Menschik takes into account her client's objectives, their other investments, their income requirements and appetite for risk.

"We don't focus so much on the income yield, as the total return of the portfolio."

It will consist of different "buckets" of cash, cash plus and medium to long-term investments.

"If the portfolio has grown, you can trim a bit off the top - stuff the mattress so to speak. We look at the portfolio from a different viewpoint rather than only income."

She points out that the shares bought for yield - the banks, Telstra and Woolworths - have fallen.

"For those that didn't have to sell, the shares have come up a bit so their overall wealth has remained the same. But you still have to look at the total return over a longer term. If you are looking at total return over a shorter term, well, you have to play safe."

And when it comes to term deposits, don't let it roll. Shop around for rates and watch out for the traps.

"Some products have only honeymoon rates so after three, four or five months the 3.1% drops to 2.2%.

There are different ways of getting a slightly better rate but most people forget or get apathetic. It's sticky money for banks," says Menschik.

By Nicola Field
Almost 3 million plan to ditch health cover, new car loan targets EVs, and NAB jumps into BNPL. Here are five things you may have missed this week.

By Nicola Field
Crypto in tax office crosshairs, and one city tops investors' pick for 2022. Here are five things you may have missed this week.
TAGS
dividends,  banks,  shares,  term deposit,  asset allocation
0